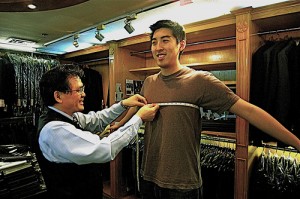 There have been a few articles lately about young people and social networking. Mashable stated that “Teens Don’t Tweet,” and The Guardian said that the number of 15 to 24-year-olds on social networking sites in Britain has fallen. Both articles have received a number of comments with people disagreeing or talking about the exceptions to the rule.

When I come across stories like this, I’m reminded that social media is just another communication tool. Just because Twitter is constantly in the news and is the hot thing right now doesn’t mean that young people are flocking to it. And simply because Facebook is traditionally the realm of that 15 to 24-year-old demographic does not mean it will stay that way. It’s actually growing older.

Teens aren’t on Twitter because it is used in a much more professional or news-oriented way. It provides people a way to promote themselves or their businesses or network with strangers, which teens aren’t that interested in. The reason the Guardian gives for teens moving away from social networking sites is because there is so much growth among older people. Once your parents are doing it, it doesn’t seem so cool.

The important lesson to draw from this is, when you’re trying to connect with users via social media, don’t assume you know what they’re using. Do some research, ask around, observe what sites patrons often visit. These sites are all just tools for communication, and just because Oprah is on something doesn’t mean you have to be too.

The specific technology is not what’s important. Conversation and engagement with users is. Tailor your tools to your audience. It’ll save you a lot of time.