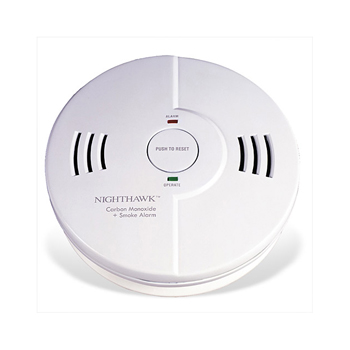 This post is not really library related. It’s a cautionary tale but important nonetheless.

This morning at around 2:50am I was rudely awaked to some annoying beeping. After dragging myself out of bed and investigating I realized that it was my carbon monoxide alarm going off. I thought it may be the battery but that was only one beep. The four quick beeps in succession that I was hearing meant go outside and call 911, so that’s what I did.

I went out into the dark, rainy night and dialed 911. The dispatcher got all my info and said he would send out the fire department. They arrived about ten minutes later. First one huge engine showed up, then another. At one point there were about six firemen in my place just hanging out 9probably going through my stuff). They used their CO Geiger counter, or whatever it was, and informed me it was my stove. This was after they knocked on all the doors of the rest of my apartment neighbors and woke them up (I am gonna get beat up).

They called the Vermont Gas company and a technician arrived about 45 minutes later.  All the while I was hanging out in my car. He did some detective work and realized that one of my pilot lights was abnormally high and burning/melting the metal above it. It was this that was causing the release of soot as well as carbon monoxide. After some quick adjustments and dusting off the soot created by the malfuction, I was told that the problem was resolved. I thanked the technician and quickly went back to sleep.

This was pretty annoying gettting roused in the middle of the night, but it was also lucky that I had that alarm and there were fuctioning batteries in it. So I exhort you: unless you want to wake up dead, get a carbon monoxide alarm and make sure that it is working properly. Ialso want to thank the Burlington Fire Department and Vermont Gas for the reasonbly quick and professional response.