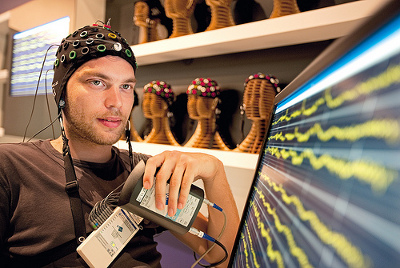 A study was recently published in Science Magazine called Google Effects on Memory: Cognitive Consequences of Having Information at Our Fingertips. It concluded that because of the ever present access to information via the web people are remembering less. The Ars Technica summary says “experiments suggest that people expect computerized information to be continuously available, and actually remember less when they know they’ll have access to it later. We also seem to remember where we can find information instead of the information itself.”

I have heard students say things like “I don’t have to know that, Google knows it for me.” It seems that we are increasingly outsourcing parts of memory to Google and the web. This is definitely a shift in how our minds work and how we think about information. What then, are the implications for information literacy and how we talk about accessing and recalling information?

For one thing our thinking about information is becoming increasingly meta. Instead of remembering actual information we remember where it was located. We no longer need to know as many facts since connectivity is seemingly ubiquitous now and we can access collective knowledge via the web with devices that are in our pocket. We now just remember bits and pieces of an article that we read, but we can remember who tweeted it or which email account it was sent to, and then access it again when we need it.

Is depending on the web for our memories a bad thing then? People have made arguments in the past against technologies ruining our memories. In Plato’s Phaedrus, Socrates depicts the new technology of writing as a device that will ruin the memories of it’s users:

” this discovery of yours [writing] will create forgetfulness in the learners’ souls, because they will not use their memories; they will trust to the external written characters and not remember of themselves. The specific which you have discovered is an aid not to memory, but to reminiscence, and you give your disciples not truth, but only the semblance of truth; they will be hearers of many things and will have learned nothing; they will appear to be omniscient and will generally know nothing; they will be tiresome company, having the show of wisdom without the reality.”

It seems that this did not happen, in fact writing was a great technology for spreading ideas across time and great distances. But what are some of the possible implications of outsourcing our memories to the web, and how can we talk with students about them?